The Interesting Story About History Of Chatbots

We all have always been fascinated by movies that illustrate the future of the World. Be it related to technology or the growth of humankind, we always want to know the way the world is moving forward.

Here is a short story related to the history of chatbots. This article summarizes the journey of chatbots and virtual assistants from MIT to your website. Chatbots have emerged and come a long way using a technology that has touched many of us in one way or another, that is artificial intelligence. From maps to mail, from food to sleep, AI is helping us in ways unimaginable.

We all have been obsessed with interacting with a robot or artificial intelligence. This dream began to materialize during the late 20th century. Read this article and understand the complete journey from ELIZA (1966) to ALEXA (2014) and so much more.

Before we time travel to the 1960s, let us first understand what are chatbots and how they help businesses in day-to-day activities.

Chatbots are software programs built to simulate conversations with humans via text or voice-based messages in order to exchange information. They are not a complete software solution but need to be deployed over a website, mobile application or other messaging platforms.

Since we are talking about evolution, earlier chatbots use to work on pattern matching technology where they would match strings and deliver the desired output. However, nowadays chatbots are smarter, faster and possess cognitive skills. They not only understand the natural language used by humans but also understand the sentiments and intent behind a user’s message.

Moving back to the story of chatbots and virtual assistants, let us understand how this evolution took place.

It all began in 1950 when Alan Turing, a code breaker during the World War 2 put up a challenge to the scientists. He asked them to create a program that would interact with humans in a natural language, indistinguishable from the human language.

A panel of judges would sit and chat with the program and alongside a human being to check if the bot interacts humanly. This was called the Turing test and ever since then, we have seen thousands of chatbots being created by various scientists across the globe.

Let us look at some of the chatbots that have been developed and designed ever since.

Chatbots and virtual assistants from the 20th century

As soon as the Turing test was announced, scientists from all over the world began to make chatbots. Some of them could see the light and reached the point where they could be tested.

ELIZA was the first Chatbot developed by MIT professor Joseph Weizenbaum in the 1960s. It was built with a persona of a psychotherapist.

ELIZA worked on pattern matching and had scripted responses that could be paired with a problem statement. With this functionality, it could not pass the Turing test, but what it could do was get users to trust her and interact with her sharing some sincere thoughts.

Kenneth Colby, an American psychiatrist, worked on the theory and application of computer science and Artificial Intelligence to psychology. This led to the development of PARRY. Colby considered his chatbot to be “ELIZA with attitude.”

PARRY interacted with humans as a patient suffering from paranoid schizophrenia, and only 48% of psychiatrists will able to differentiate between PARRY and a paranoid person. It was a well-developed chatbot but could not pass the Turing test.

Designed and programmed by British programmer Rollo Carpenter, Jabberwacky was a chatbot that would simulate human conversations in an entertaining manner. It used an AI technology named “contextual pattern matching” which made this chatbot different from all others.

Jabberwacky could collect phrases from humans and add them to its database. It was created by Carpenter with a vision of a chatbot being a companion and an entertainer. However, Jabberwacky could not pass the Turing test.

Creative Labs developed Dr. Sbaitso as an AI speech Synthesis program for MS-DOS in 1992. It was one of the earliest efforts of AI integration in a voice-operated chatbot. They are distributed various sound cards.

The program conversed with users as if it were a real psychologist. Dr. Sbaitso’s responses were mostly like “WHY DO YOU FEEL THAT WAY?” rather than any complicated interaction.

Any swearing or abusive behavior from the user would make the program break down in a “Parity Error”. Dr. Sbasitso could not pass the Turing test.

Pioneered by Richard Wallace, A.L.I.C.E. (Artificial Linguistic Internet Computer Entity) was the most advanced chatbots of the 20th century. It is considered an important part of the history of chatbots.

It did pass the Turing test but was a part of the movie “Her” by Spike Jonze.

Chatbots and virtual assistants from the 21st century

The history of chatbots took a new turn in the 21st century when conversational AI gained popularity due to its intelligence. Chatbots began to use machine learning, natural language processing and other AI algorithms to interact just like human beings.

A true predecessor of virtual assistants, it could do anything from updating sports scores to giving stock quotes. It was a fun messaging interface with quick access to data.

In 2006, IBM introduced Watson named after IBM’s founder and first CEO Thomas J. Watson. They designed the program to answer questions on the show Jeopardy. Watson competed in 2011 with the champions Brad Rutter and Ken Jennings won with a cash price of $1million.

Beginning with the launch of Siri in 2010, to Google Now (2012), Alexa (2014), and Cortana (2014), personal virtual assistants have been spoiling us ever since. From placing a call to set reminders and even searching on the web, virtual assistants can do all the work on behalf of humans.

With virtual assistants, conversational AI entered the homes. People engage with personal assistants by having both text-based and voice-based interactions.

The consumer base today are spending most of their time on messaging platforms such as WhatsApp and Facebook. Therefore, businesses need to meet their prospects where they are.

Chatbots over messaging platforms have been gaining popularity among businesses because of their tremendous advantages like improved lead generation and increased customer engagement. CX automation platforms like Yellow.ai provide chatbots to businesses to meet their conversational needs.

Now that we have discussed the history of chatbots, let’s look at the present-day scenario of how chatbots are being used by businesses in different industries. You can also leverage them to fulfill your conversational needs.

Chatbots are designed primarily to take over inquiries coming into the customer service desk, reducing the need for human agents and the turnaround time (TAT). Customer service has a crucial role in customer retention and loyalty. You can experience a number of benefits as soon as you start using chatbots for customer service.

Chatbots can be leveraged to automate parts of the IT service desk to more quickly and effectively solve routine IT problems and/or reduce the need for IT support staff.

HR interactions are repetitive and can be easily automated using chatbots. Routine questions and queries coming in HR, for example, vacation time, payslips, entitlements, hour tracking, overtime pay, and rules/regulations in the workplace can all be answered using chatbots.

In order to support salespeople in their work chatbots help by assisting them in the sales cycle for example lead capturing, nurturing, and providing the data as required.

Chatbots are known for providing sales support to customers at the point of sale or up-sale in relevant situations. This way they can help your business generate more revenue and have easy conversions.

Engaging with customers regularly and giving them reasons to stick with your brand is extremely essential in a competitive marketplace. Chatbots can help you in keeping your customers engaged by interacting with them and responding to their queries instantly.

A story of the history of chatbots is incomplete without portraying the near future. Chatbots are here to stay and we can only predict how advancements in AI technology will make them more and more useful to businesses.

With improvements in voice recognition, voice bots and virtual assistants are expected to move deeper into business operations. They will enter back-office operations and help the employees by automating all the repetitive tasks.

The new-age AI chatbots are so evolved that they can automate the complete sales process and additionally help businesses in up-selling products and services. Using data insights intelligently, chatbots can play a major role in understanding the needs of the customers and helping them by providing exactly what they are looking for.

If you haven’t yet begun to use AI chatbots for one or the other business process, what are you waiting for! Your business is definitely going to achieve short, medium and long-term benefits as soon as you deploy a chatbot to your conversational channels.

It was indeed an interesting story of how chatbots have come a long way and are continuing to move forward with the needs of different industries.

If you are ready to take this step, we are here to walk with you. You only need to request a demo and our experts will connect with you and guide you through the entire process as per your requirements 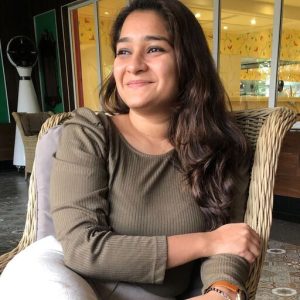 Namrata is a content writer at Yellow.ai, comes with a zeal to write content that educates audiences, creates brand awareness, and ranks on SERP. A digital marketing enthusiast, she loves to learn all new trends in the industry. Apart from work, she loves to swim, read, and travel.
Read more

Whoa, hold on there!

This chapter comes after 3 successful events with over 10000+ global registrations and 25+ speakers! ﻿Join us for this exclusive event where industry leaders explore how emerging technologies can change the way businesses interact in the future.
Tell me more

BLOG
7 Automation Trends That Can Supercharge Your Organizational Efficiency CASE STUDY
How Govt. of Maharashtra used automation to extend reach to beneficiaries

WHITE PAPERS
The Future of Chatbots. Will They Continue Transforming Business Operations?
Build your first Dynamic AI Agent in under 10 clicks
Get started now