Conversational AI and Its Rise

Conversational AI has become the next major wave of change in the way businesses interact with customers. In the simplest terms, Conversational AI is often an integration of natural language processing, machine learning, and effective communication design that helps an AI system interact with a human in an almost human-like fashion.

Why does that make a difference? Humans feel the most comfortable while interacting with humans. The problem with human interactions is that they are often unstructured or have too many variables. Natural Language Processing has empowered AI systems with the right set of frameworks, libraries, data, and principles to analyze the data that help a machine break down idiosyncratic language use into mathematical rules with clear interpretation.

Once a machine can interpret what a human being is saying, it can formulate a response based on historical data, contextual analysis, and natural language generation. And this information can be delivered across the text or audio interactions. There is a key difference between automated responses, AI chatbots, and conversational AI.

On the spectrum of intelligent responses, here is how the three differ:

Across this spectrum, computation power, data availability, and efficient programming have played a critical role in equipping conversational AI systems to become agents of effective quality lead management. Humans are great at dealing with such situations. However, human capabilities can be scaled only to a certain extent. A conversational AI system can be deployed at a scale, bringing down the cost per interaction dramatically and affecting the business’ cost per acquisition.

The efficiency at scale is one of the key reasons conversational AI has become the torchbearer of quality lead management systems. Globally, the conversational AI market is projected to grow at a CAGR of approximately 22% to reach $13.9 billion by 2025. While the market size is relatively smaller than many other marketing technology platforms like social media and digital ads, the growth rate stands as a proxy for the fast adoption of conversational AI across the globe.

HubSpot defines the lead management funnel as the process of attracting, converting, closing, and delighting a customer. By the end of the process, the viewer who entered the process as a spectator has evolved into being a customer and then a brand advocate. But this progression would be possible if the process is optimized to conduct lead qualification at different stages. This makes the process more efficient since quality leads get converted rapidly and require lesser resource allocation.

A quality lead would generally exhibit the following properties:

Human agents have played a critical role in this entire process since the discovery of management sciences in the mid-20th century. Most businesses operate at a stage where having a human agent respond to each lead would make the entire operation inefficient. This is where conversational AI can be of tremendous help:

1. Lead Nurturing: The legacy process of nurturing a lead included programmatic follow-ups via emails and messaging. That was considered a very specialized process that requires human attention. However, conversational AI-powered lead generation chatbots with nurturing capabilities have tilted the strategy on a more efficient front.

For high-ticket purchases or purchases not conducted on impulse, customers tend to visit the website or the app multiple times. Each time a specific consumer returns, the conversational AI-powered chatbot can present unique information and offers that specifically address a customer’s concerns.

2. Prospect Data Collection and Data-Driven Segmentation: Collecting data on the prospect in a way that is not invasive is a tricky part. Even some gifted salesmen are unable to do it. Conversational AI has the capability to triangulate information in real-time, understand the customer’s profile, and tailor the entire brand engagement accordingly, in one go.

Imagine having a customer on your website who uses a simple Google sign-in to create an account. A human sales rep would have to go through several databases before she can even start a conversation. Even a program tailored to pull information and present it to the human sales rep wouldn’t be of great help since the entire conversational efficacy would depend on the rep’s adaptability to new buyer profiles.

A conversational AI system does not go through these processes. It is trained on similar data. And even if it misses the conversation one time, it adapts and learns from it for the next interaction.

3. Customer Service Excellence: Defining excellence might seem like a subjective task. But, it can be pinned down to two key variables – superior service and consistency in service. The human sales rep can have a tough time balancing between both the variables.

Superior service would generally include understanding queries, effective query resolution, and offering a humane interaction experience. Even the best conversational AI systems operate on a rule-based approach. This ensures that each string of queries is being broken down into processing-worthy bytes of information and then being executed under the programmed rules.

Some businesses go as far as integrating workflows that include the ability to schedule meetings, process call-back requests, and sending emails, forms, or special offers to help conversational AI systems resolve it. As a matter of fact, replicating the humane interaction is one of the easier tasks in the process. Conversational AI bots, lead generation chatbots, and FAQ chatbots often use programmed linguistic embellishments like slangs, emojis, past conversation data, and sentence construction to give a human-like interaction. And all of this is done without engaging a human who can work with a limited number of leads at a time.

The Present and The Prospects of Conversational AI and Lead Management

Prospects: What Can We Expect from the Conversational AI in the Near Future?

Businesses are going-concern entities, and hence the idea of understanding the future prospects of conversational AI is driven by logic:

One of the samples of conversational AI deployment is conversational ads, which give the leisure of letting customers interact with the business right at the start of the sales.

Conversational AI systems are here to make lead management a more structured, efficient, and scalable process while retaining the human touch wherever necessary.

How can they be deployed to optimize the sales cycle and bring down the cost per acquisition will now depend on the creativity of the marketers? Connect with our conversational ai experts for solutions. 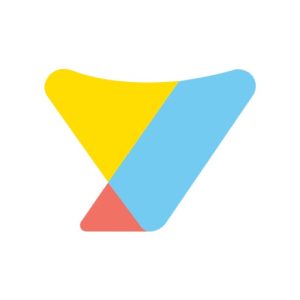 How Govt. of Maharashtra used automation to extend reach to beneficiaries